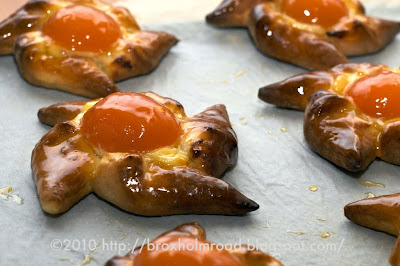 For the Pasty Cream:

In a saucepan, bring the milk slowly to the boil with the vanilla pod (seeds scraped out into the milk). Allow to cool slightly and remove the vanilla pod. In a bowl whisk the egg yolks with the caster sugar. Sift the plain flour and mix thoroughly. Pour the milk onto the egg mix whisking continuously. Return to a clean pan and stir with a wooden spatula to the boil over a gentle heat until it starts to thicken, then using a whisk stir to ensure it is of a smooth texture. Place some cling film over the surface and chill.

For the Danish Pastries:

In a kitchen mixer, combine butter, sugar, lemon zest, rum and vanilla seeds (scraped from the pod) and beat until very fluffy (for about 10 minutes at high speed).
Transfer the mixture to a different bowl and set aside.
Put the flour in the kitchen mixer, break the yeast with your hands and add it to the flour. Using a dough hook, start working the flour and the yeast, adding the eggs one at a time (speed 2).
After about 7-8 minutes of mixing, the dough should come together and wrap itself around the dough hook.
Once all eggs are incorporated, start adding the milk gradually. Keep mixing for about 10 minutes.
At this point start adding the butter mixture gradually, allowing the butter to be incorporated nearly completely after each addition. Finally add the salt and mix for additional 5 minutes.
Turn the dough onto a lightly floured work surface and pat into a rectangle about 2-3 cm thick. Wrap in cling film and refrigerate for an hour.
On a lightly floured surface, roll out the dough to about 30mm thick.
Using a pastry cutter, cut the dough into regular squares (about 8x8cm). Now make a diagonal cut from the corners of each square: 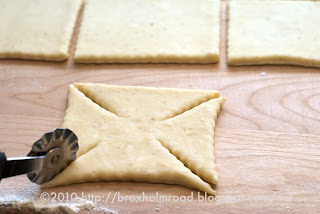 Fold over every other point to the center, overlapping them slightly and pressing gently. 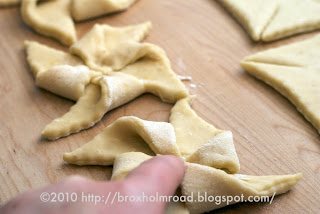 With a fork, prick the center of each pinwheel.
Drop a good spoonful of pastry cream in the centre of each danish and top with a preserved apricot half. 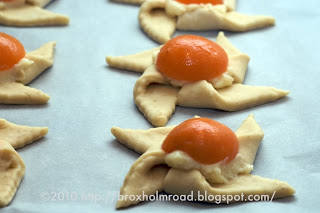 Cover the pastries with a clean tea towel and leave in a warm place to prove for about 1 and ½ hours (or until doubled in size).
Pre-heat the oven to 180 degrees C and bake for about 18 minutes.
Once cooked, the apricot halves will look a bit dry, but don’t worry, just brush the pastries with apricot glaze and they will look shiny and delicious again. 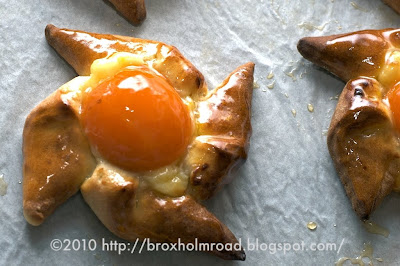 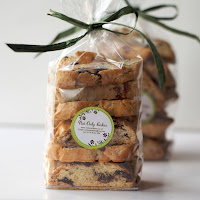